Gave up on fixing leaks due to corrosion pitting, while trying to re-seal a Volvo brand water pump on an 83 turbo.
Went to my shelf, where two Hepus are always kept, reached in and set the one for a B230 aside, and opened the other box. Pulled it out and began to fit its gasket. Turned it over several times, forward, backward, upside-down, before I realized there were not enough mounting holes! Drat, I had two spares for B230.
I was surprised to find FCP no longer listed a Hepu for the B21/B23 cars. So I ordered the only one they offered - the GMB which I'd never used before. And from another supplier, a Hepu.
The Hepu arrived first, but I waited for the other, in order to take the opportunity to compare them before installing one. When it did, I took photos and installed the GMB.
Starting with my side by side exam of the GMB and Hepu. 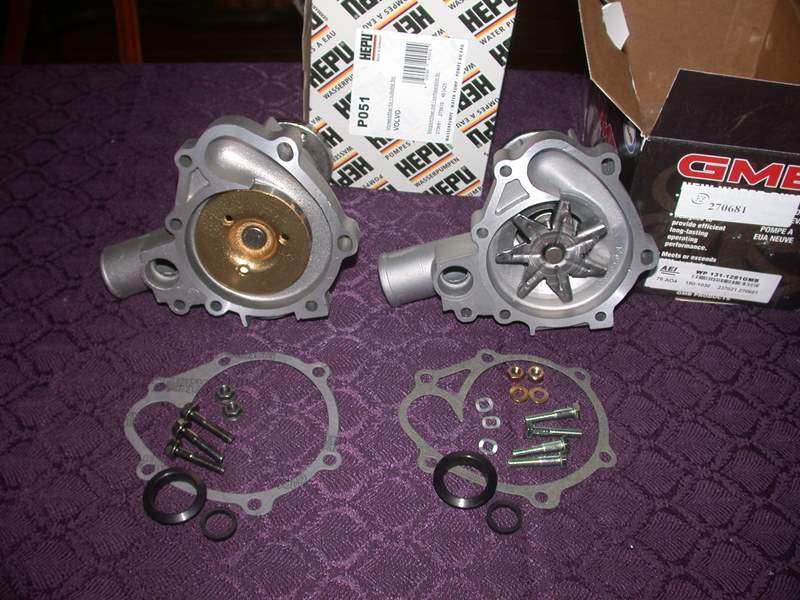 The GMB hardware went in my junk box and I re-used the original flange bolts from the Volvo pump.  Hepu packs some flanged hardware, but one bolt shy of enough.  The gasket looks better on the Hepu, but what is there to a hunk of paper. 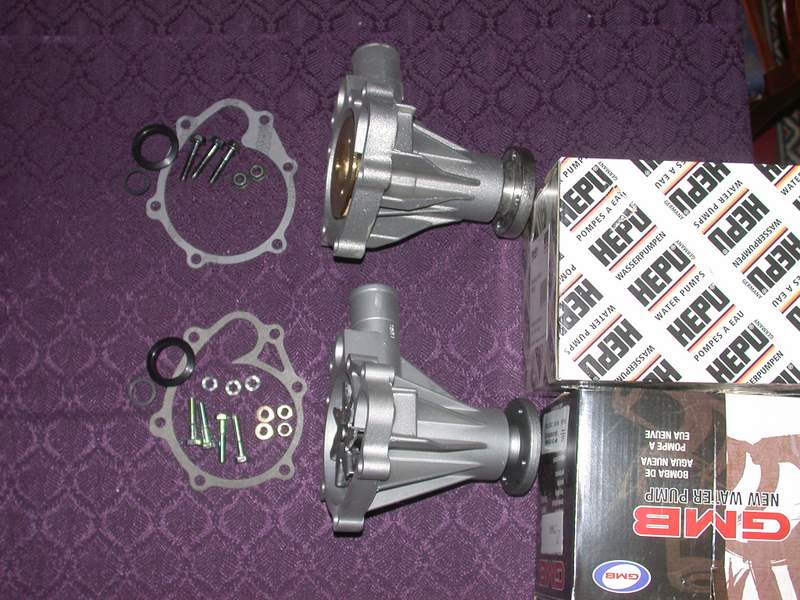 What is it about water pump packaging?  I've never got one that wasn't sticking out of a hole in the box.  Including the blue box with Volvo on it. 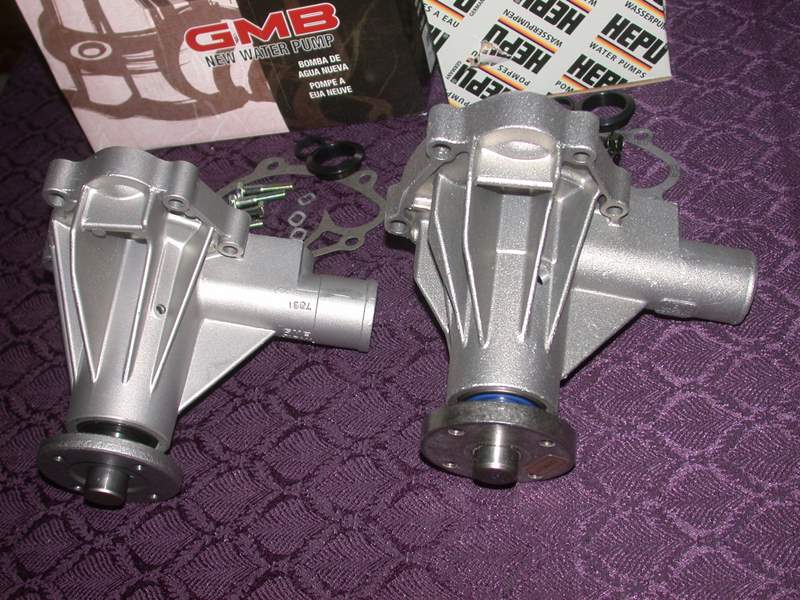 The fan mount looks forged (?) on the GMB, machined on the Hepu.  The casting finish finer on the GMB.  Both had about the same resistance to turning the shaft in the seal.  Hepu's top vent hole is huge compared to GMB.

GMB is properly equipped with "press 2 for Español" where Hepu is labeled for a Wasserpumpenmann. 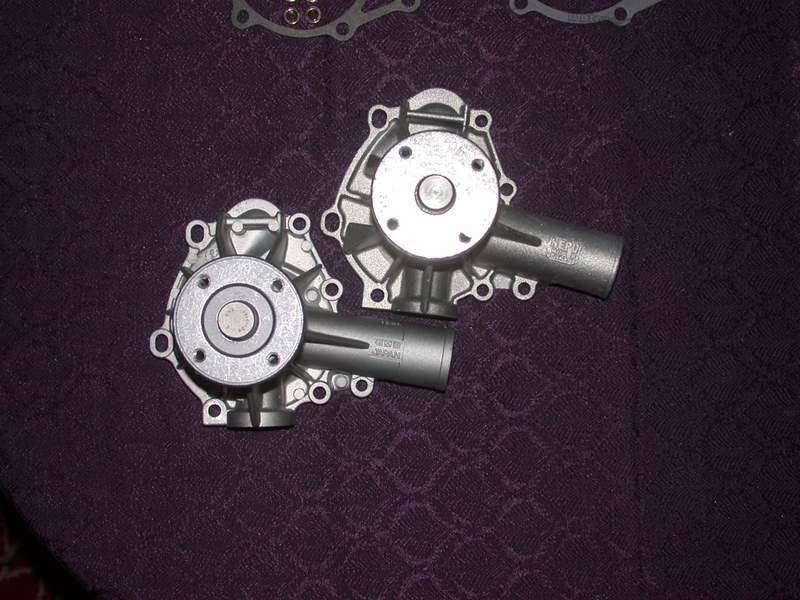 Casting shape is pretty close, at least if you use the ribs to find your way to the holes like I do. 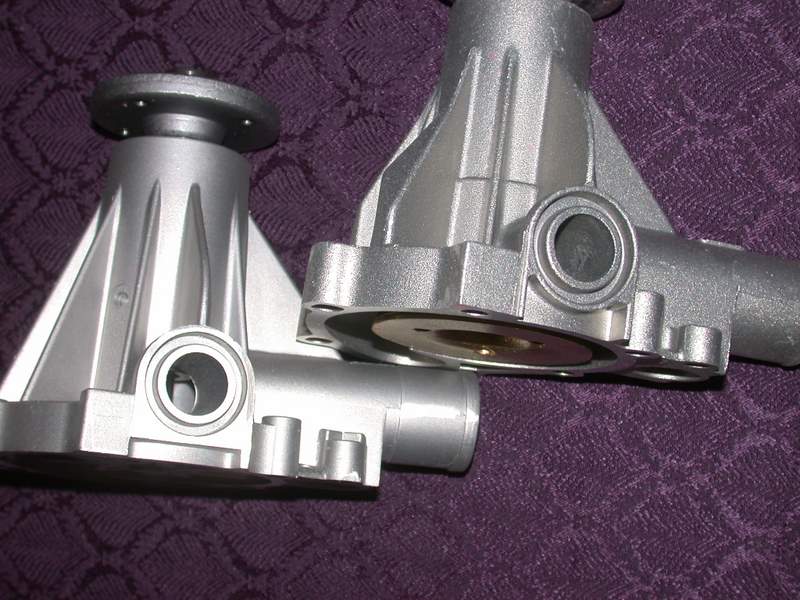 Here the mottled "rough casting" surface distinguishes the Hepu at the top seal. 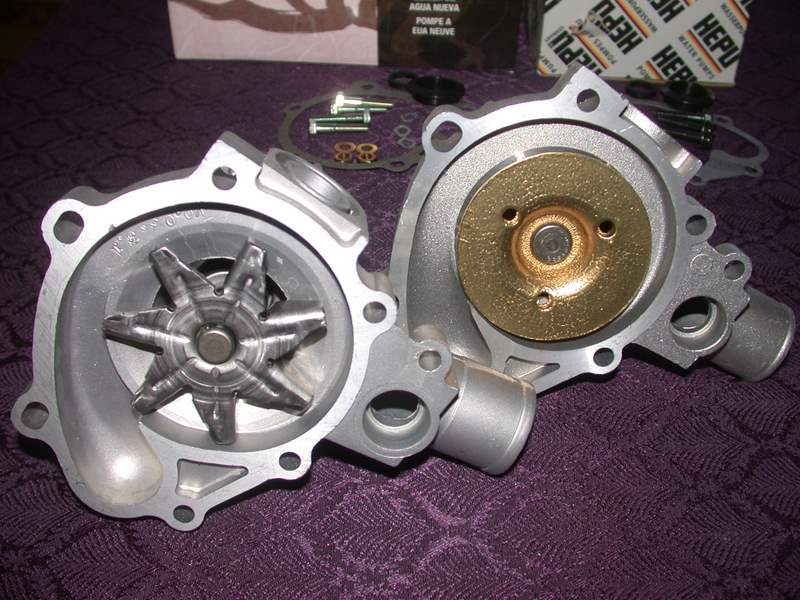 And at the heater pipe inlet. 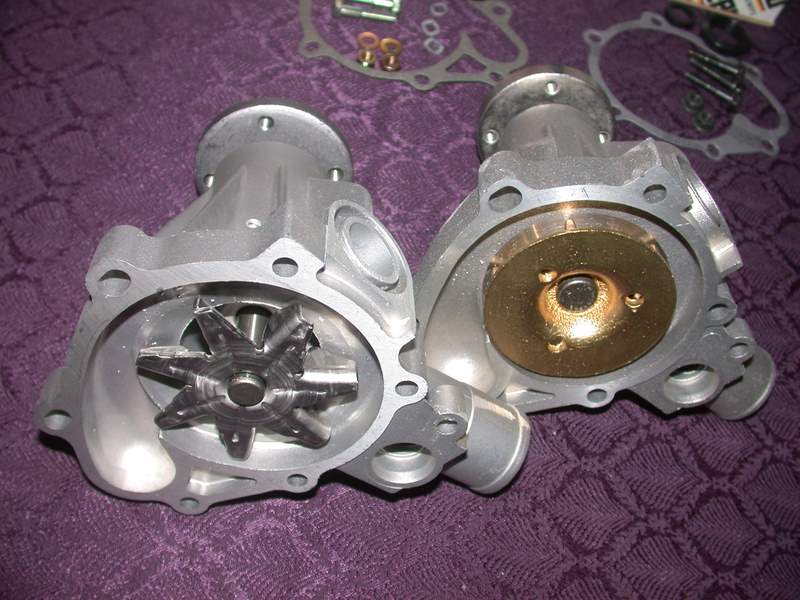 And my favorite part - the stamped impeller just looks more efficient to me, though the bronze is pretty.